15 Things About Artificial Intelligence We Hardly Heard of

by admin
in Tips
0 For the past few years, artificial intelligence has gained prominence on a global scale for its astounding characteristics. Although everyone is aware of the concept, most people are unaware of how our modern human life on earth is constantly integrating AI.

The breakthroughs of AI are creating a great deal of hype in the tech world. Unsurprisingly, the internet has been vital in the creation of services that use AI. Although the term “artificial intelligence” is tossed around a lot, not everyone is familiar with it or knows what it can accomplish. We can all agree that the future of artificial intelligence is never-ending. It will evolve and it will be a part of our everyday lives, whether we want it or not. How?

How to Get a Smoke Smell Out of a Leather Jacket?

Did you ever speak to Siri? If yes, then you’ve been conversing with AI all along. The field of information technology known as artificial intelligence has grown significantly. AI, which focuses mostly on developing smart computers and robots, can carry out tasks that call for human intelligence.

Designing agents and programming robots that can mimic human behavior and make decisions on behalf of humans is one of the main goals of artificial intelligence (AI) today.

We’ve listed down a few things that can actually amp up your curiosity about artificial intelligence that you’ve barely heard of:

Although live pets are adorable, they do have a few downsides, according to pet-bot developers. Real pets require maintenance, including feeding and grooming. Robots that resemble real animals in appearance, feel, and behavior will be used as AI pets to solve these problems for owners. By 2025, it’s anticipated that AI-powered pets will be readily available on the market.

Why does AI always have a female voice?

Have you ever wondered why there are so many “females” virtual assistants? Look at Google Assistant, Siri, Alexa, Cortana, and even Windows Cortana. The fact that they are all warm and pleasant-sounding females are evident. There could be a slew of reasons. First off, it might be just “practical” because users find it easier to recognize female voices than male ones because they are clearer and have a higher pitch. Furthermore, people mostly prefer the sounds of feminine voices to those of men.

AI technology isn’t as new as you think

Due to the so-called Turing test of machine intelligence, which was first published in 1950, Alan Turing, an English computer scientist, a mathematician, as well as a cryptographer who is actually the father of artificial intelligence.

However, the concept of artificial intelligence itself existed far earlier. Just think of the Hephaestus’ Great Robots from Greek mythology. He made tables that followed voice commands and servants that served as his helpers. Additionally, medieval alchemists held the notion that an inanimate object may contain a human brain.

AI has a Passport and a Nationality –

Sophia is the first robot citizen on the planet and the very first robot Innovation Ambassador for the UNDP. Sophia has been granted Saudi Arabian citizenship as well. That’s right! Talk about the future of artificial intelligence!

People are speculating and debating whether or not robots must have such rights, thus sparking some controversy. The Loving AI project, which aims to grasp how robots might adapt to humans’ demands via Intra and interpersonal development, is utilizing Sophia for research purposes.

AI has a future in Art –

It was claimed that only humans have the ability to create art. However, this assertion is somewhat dubious in light of the development of AI. The most recent advances in artificial intelligence have empowered it with the potential for creativity.

AI is capable of creating artwork that is equally impressive to that of well-known artists. Artificial intelligence now possesses the surprising and extraordinary ability to write a script, compose music, and even paint portraits.

Talk about Fixing Themselves –

Don’t you think it would be much preferable if robots could actually fix themselves so we wouldn’t have to waste time finding the most suitable service provider or an artificial intelligence development company?

Welcome to the future of artificial intelligence, because this might not just be a pipe dream after all. The advancement of AI has made it possible for robots to independently repair themselves. They are not aware that they are defective, but they are capable of recognizing issues with their performance and quickly troubleshooting faults on their own.

AI is helping in fighting Cancer –

Although the battle against cancer has been difficult, knowledge engineering researchers are now better understanding it and ultimately trying to lessen its influence on our daily lives by leveraging supercomputers. In short, AI can now analyze cancer cells early on, thus, allowing doctors to treat them right away.

To develop artificial neural networks that are reminiscent of the human brain, scientists from various parts of the world partnered. With the help of the processing capacity of Google’s servers, the techies set out to build a sizable neural network. 16,000 servers’ worth of resources were consumed by the generated software.

Without being given any precise instructions, AI has attempted to identify patterns and create classifications on its own. Their research represented a turning point for the Google Brain project and the future of artificial intelligence.

A Relationship with AI! –

Though robots are not yet so advanced in understanding our complicated human emotions entirely, did you know that there is a prediction that humans can one day actually have a relationship with AI? There are a few AI enthusiasts who believe that by the year 2050, an actual marriage between a human and a robot might become legal.

When it comes to artificial intelligence, a lot of strange things have unfolded over the past couple of years. But, would you believe if we said an AI actually drafted an entire article from scratch? Well, it’s true.

In fact, the AI wrote the essay acknowledging us humans that they come in peace! The future of AI is really at its peak now and it has even started writing screenplays and movie stories.

Did you know that artificial intelligence (AI) is utilized to recommend products on e-commerce websites like Amazon or eBay? According to Jeff Bezos, CEO of Amazon, the majority of the company’s machine learning systems are utilized to recommend products to customers. AI also assists in defining which offers are made when and to what kind of customers.

AI can recognize a human race –

Recently, a global team of medical specialists and computer scientists stated that AI systems devised to examine X-rays, CT scans, biopsies, as well as other medical images can accurately predict a patient’s race based solely on the imagery.

AI can actually be Ethical –

The truth is that AI isn’t inherently biased. If prejudice exists in AI, it is a result of human error. How come? Moreover, machine learning might pick up the bias of the creator because we are the ones creating AI to mirror ourselves. Likewise, the accuracy of AI depends on the data you feed it.

Bias based on one’s gender, age, or ethnicity might be present in bad data. A few notorious instances of prejudice with companies like Amazon as well as Facebook were noted because of this.

AI will NOT replace humans –

The greatest AI myth is that it would render people useless. However, the reality of the connection between AI and humans is quite opposite. Although the consequences of this new technology are still being explored, we still have solid evidence that human workers won’t be replaced by AI.

Change may be daunting, especially when it involves your career. We all experience the feeling of being unneeded on a daily basis. Rather than replacing our employment, the future of AI is actually intended to help us do our jobs better. The only thing actually changing is the way we work and how we accomplish it.

Roboticists have created a brand-new method that visualizes your thoughts using an fMRI scanner. Your brain will be photographed by the AI, which will then compare it with other images acquired from volunteers.

Remarkably, we have reached a point in human history wherein knowledge about AI is now so prominent in our daily lives. Even though we have made great progress, the impact of artificial intelligence and its capabilities still have a long way to go. You cannot score well in a law essay without having information about its different aspects. Also, it can be because of the... 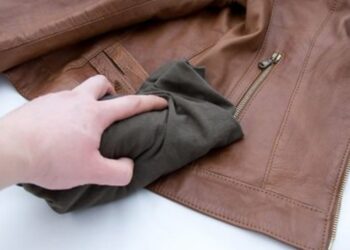 How to Get a Smoke Smell Out of a Leather Jacket?

Have you been to a BBQ lately wearing your stunning leather jacket, but now you’re irritated with the smell of... 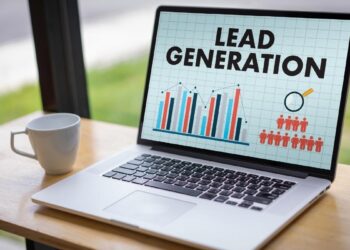 Tips for Generating Leads for Your Business

Generating leads is extremely crucial for the success of your business. You throw a lot of money at marketing campaigns... 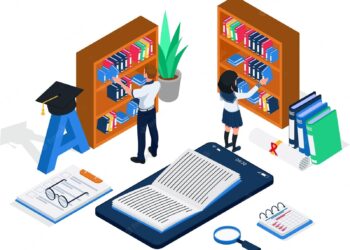 Tips for Getting the Most Out of Online Assignment Help

Online assignment help is a great way to get help on assignments that aren’t doable from your home.  Whether you... 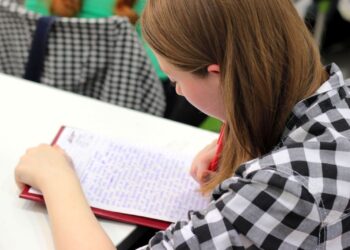 If you’re anything like us, then you probably have a fair amount of experience with programming. While that can be...

Walnuts and their health benefits: how to eat them